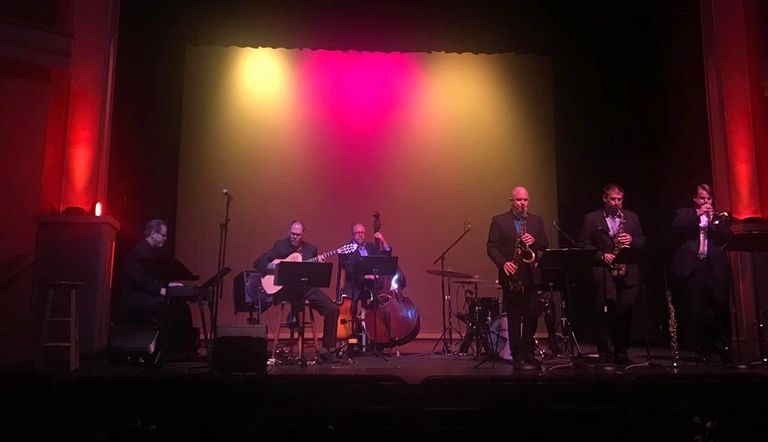 The new release 'Mystified,' by 'Professor Aucoin and the Jazz Scientists' is out!

I'm officially retired from full time teaching!  It was a wonderful 32 year experience and I had the pleasure of working with great students, parents, colleagues, and administrators, but it's time to move on to the next adventure.  Therefore, I will be more available for performance/recording/clinic work that requires daytime and weekday rehearsal/travel.  Let me know if I can be of service!

Tim Aucoin is a nationally recognized music educator and bassist. He is a native of New Orleans, but now resides in Atlanta, GA. Tim has performed internationally with many diverse acts such as Grammy nominated jazz vocalist - Nnenna Freelon, the Glenn Miller Orchestra, the Mamas and the Papas, Allen Toussaint, Pete Fountain, Luther Kent and Trickbag, Joe Gransden, and the Georgia Symphony Jazz Orchestra. He continues to be active in the Atlanta jazz, show, and commercial music community. He has released a CD of original jazz music, "Swing First, Think Later."  Tim has served as President of the Georgia Association of Jazz Educators and is a past director of the Atlanta All-Star Grammy Jazz Band. Jazz ensembles under his direction have performed at the International Association of Jazz Educators and Jazz Education Network Conferences. While Performing Arts Department Chair and Orchestra Director, North Springs High School was named a “National Grammy Signature School.” In 2004, 2008, 2013, and 2017, the Northview High School Chamber Orchestra, under his direction was a featured performer for the Georgia Music Educators Association In-Service Conference. The Northview ensemble has performed at the Midwest International Band and Orchestra Clinic in Chicago in 2004, 2010, and again in 2015. The Northview Chamber Orchestra represented the State of Georgia in Austria and the Czech Republic for "Mozart: 2006" - a 250th Celebration. The Northview Chamber Orchestra has also been featured at the National School Board Association Conference. Tim has several compositions for alternative style strings published by Alfred Music Publishers, J.W. Pepper My Score, and Gamba Music. In addition to degrees from Loyola University in New Orleans, he holds an Educational Specialist Degree from Georgia State University. Tim has been named a Georgia ASTA Music Educator of the Year, GMEA Music Educator of the Year, and was recently named the Atlanta Federation of Musicians Music Educator of the Year. He has served as adjunct faculty at Loyola University of New Orleans, Georgia State University and the University of North Georgia. Tim has recently retired as the director of orchestras at Northview High School and Chairman of their Fine Arts Department.